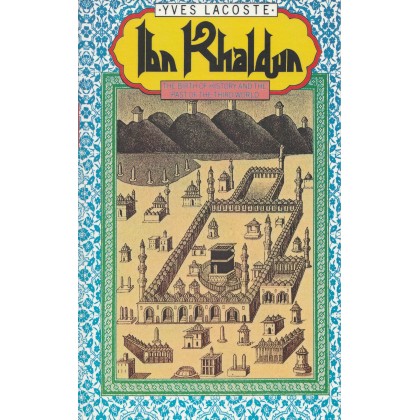 RM89.00
Ibn Khaldun: The Birth of History and The Past of The Third World

Ibn Khaldun: The Birth of History and The Past of The Third World - Softcover

Ibn Khaldun, the most celebrated thinker of the Muslim Middle Ages, is the subject of this intriguing study. Lacoste opens with a general description of the Maghreb in the later Middle Ages, focusing primarily on mercantile trade, especially in gold, and the social and economic structures of tribal life. He unravels Khaldun's fascinating biography—born of an aristocratic family in Tunis in 1332, he had an extraordinary diplomatic and military career in the turbulent wars and politics of Western Islam in the fourteenth century; withdrew to a desert retreat in 1375, and finally emigrated to Egypt.

Lacoste then turns his attention to Ibn Khaldun's majestic Universal History, arguably the greatest single synthesis produced by medieval thought anywhere. His account of Ibn Khaldun's thought is a remarkable, sympathetic work of recovery, not only uncovering its basic categories but exploring its contemporary relevance to an understanding of the Arab world.

Thinkers as diverse as Ernest Gellner and Arnold Toynbee have paid tribute to the lasting fertility of Ibn Khaldun's work. English-speaking readers now have an opportunity to appreciate some of the richness and diversity of the Arab intellectual heritage.