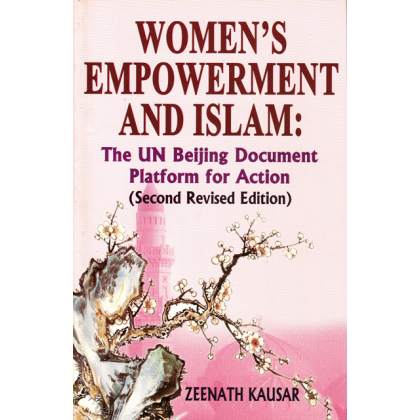 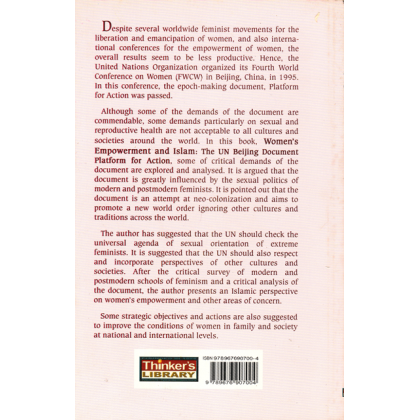 Despite several worldwide feminist movements for the libration and emancipation of women, and also international conferences for the empowerment of women, the overall results seem to be less productive. Hence, the United Nations Organization Organized its Fourth World Conference on Women (FWCW) in Beijing, China, in 1995, in this conference, the epoch-making document, Platform for Action was passed.

Although some of the demands of the document are commendable, some demands particularly on sexual and reproductive health are not acceptable to all cultures and societies around the world. In this book, some of the critical demands of the document are explored and analysed. It is argued that the document is greatly influenced by the sexual politics of modern and postmodern feminists. It is pointed out that the document is an attempt at neo-colonization and aims to promote new world order ignoring other cultures and traditions across the world.

The author has suggested that the UN should check the universal agenda of sexual orientation of extreme feminists. It is suggested that the UN should also respect and incorporate perspectives of other cultures and societies. After the critical survey of modern and postmodern schools of feminism and a critical analysis of the document, the author presents an Islamic perspective on women's empowerment and other areas of concern.

Some strategic objectives and actions are also suggested to improve the conditions of women in family and society at national and international levels.