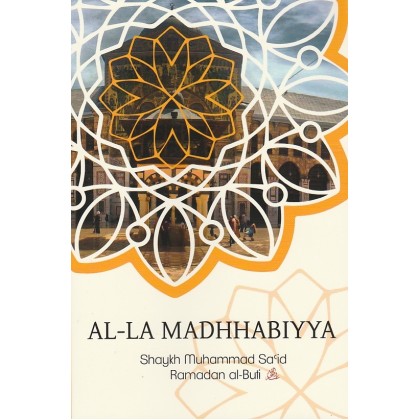 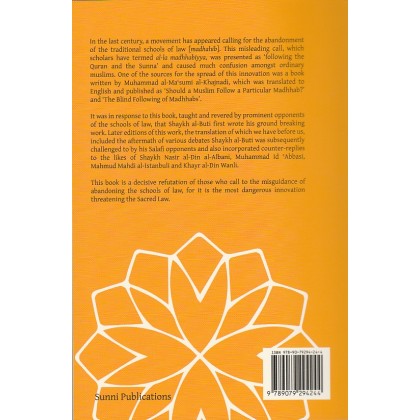 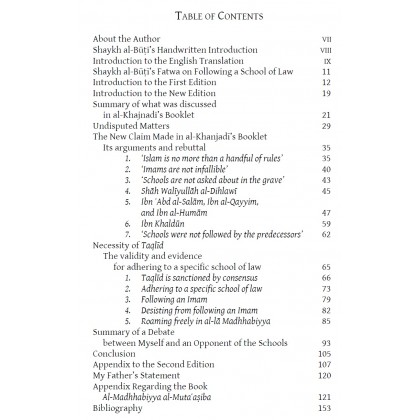 In the last century, a movement has appeared calling for the abandonment of the traditional schools of law [madhahib]. This misleading call, which scholars have termed al-la madhhabiyya, was presented as ‘following the Quran and the Sunna’ and caused much confusion amongst ordinary muslims. One of the sources for the spread of this innovation was a book written by Muhammad Sultan al-Ma‘sumi al-Khajnadi al-Makki, which was translated and distributed to English and published as as ‘Should a Muslim Follow a Particular Madhhab?’ and ‘The Blind Following of Madhhabs’.

It was in response to this book, taught and revered by prominent opponents of the schools of law, that Shaykh al-Buti first wrote his ground breaking work. Later editions of this work, the translation of which we have before us, included the aftermath of various debates Shaykh al-Buti was subsequently challenged to by his opponents and also incorporated counter-replies to the likes of Shaykh Nasir al-Din al-Albani, Muhammad ‘Id `Abbasi, Mahmud Mahdi al-Istanbuli and Khayr al-Din Wanli.

This book is a decisive refutation of those who call to the misguidance of abandoning the schools of law, for it is the most dangerous innovation threatening the Sacred Law.

The Approach to Human Civilization in the Quran
RM50.00