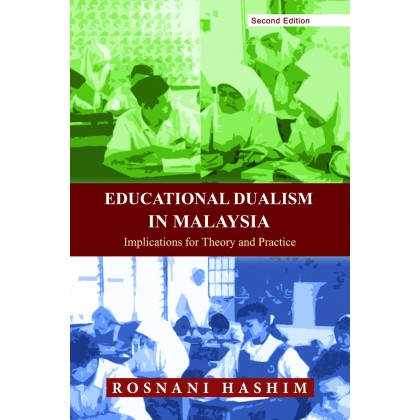 RM44.00
Educational Dualism in Malaysia: Implications for Theory and Practice

In Muslim countries, two educational systems which have been operating are the traditional, religious system and the pragmatic, secular system. Contemporary subject is scarcely taught in the former and religion is but one of the many subjects taught in the latter. This leads to conflict between the two systems and to bring together the two with one supplementary to the other generates confusion. Faced with this dilemma, post-independent Muslim countries have attempted to reformulate their educational policy and curriculum so as to be contemporary and integrated while remaining faith-based. This book investigates in detail the differences between the two systems within the Malaysian context and highlights attempts made in reformulating the educational policy and curriculum.