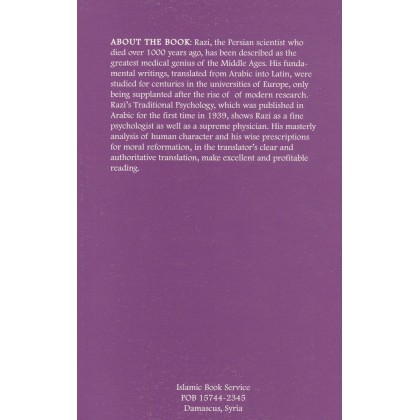 Razi, the Persian scientist who died over 1000 years ago, has been described as the greatest medical genius of the Middle Ages. His fundamental writings, translated from Arabic into Latin, were studied for centuries in the universities of Europe, only being supplanted after the rise of modern research. This work shows Razi as a fine psychologist as well as a supreme physician. His masterly analysis of human character and his wise prescriptions for moral reformation make excellent and profitable reading.