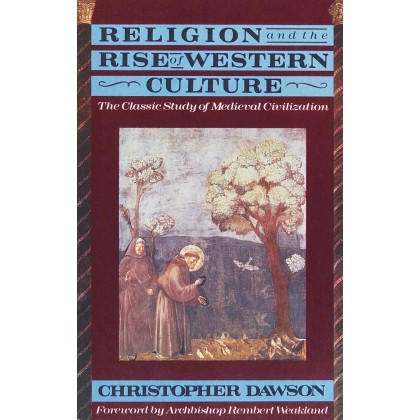 RM73.00
Religion and the Rise of Western Culture
Notify Me

Religion and the Rise of Western Culture: The Classic Study of Medieval Civilization - Softcover

In this new edition of his classic work, Religion and the Rise of Western Culture, Christopher Dawson addresses two of the most pressing subjects of our day: the origin of Europe and the religious roots of Western culture. With the magisterial sweep of Toynbee, to whom he is often compared, Dawson tells here the tale of medieval Christendom. From the brave travels of sixth-century Irish monks to the grand synthesis of Thomas Aquinas in the thirteenth century, Dawson brilliantly shows how vast spiritual movements arose from tiny origins and changed the face of medieval Europe from one century to the next. The legacy of those years of ferment remains with us in the great cathedrals, Gregorian chant, and the works of Giotto and Dante. Even more, though, for Dawson these centuries charged the soul of the West with a spiritual concern -- a concern that he insists "can never be entirely undone except by the total negation or destruction of Western man himself."