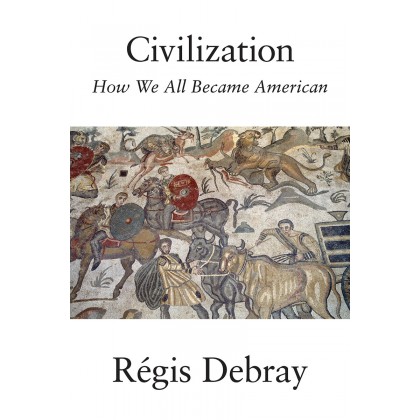 RM96.00
Civilization: How We All Became American

Civilization: How We All Became American - Hardcover

In 1900, an American of taste was a European in exile; in 2000, a trendy European is a frustrated American—or one waiting for a visa.

Régis Debray explores America’s global cultural ascendancy in this provocative and witty analysis of our contemporary condition. Whereas Europe once foregrounded the importance of time and writing, America is a civilization of spectacle and kinetics, blind to the tragic complexities of human life. A measure of America’s success is how its jargon has been adopted by European languages, but there is much more than that to the States’ infiltration into all aspects of modern life.

For Debray, the dominance of American civilization is a historical fait accompli. Yet he envisions a sanctuary for the best of Europe modelled on Vienna at the cusp of the twentieth century, where art and literature flowered in the rich soil of a decaying empire. For decades to come, Europe can still offer a rich cultural seedbed. “Some will call it decadence,” writes Debray, “others liberation. Why not both?”