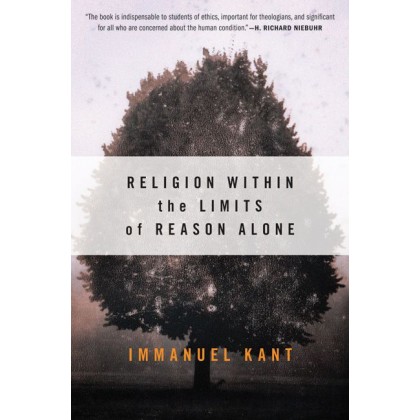 RM80.00
Religion within the Limits of Reason Alone
Notify Me

Religion Within the Limits of Reason Alone. With an essay "The Ethical Significance of Kant's Religion, John R. Silber - Softcover

A Monumental Figure of Western Thought Wrestles with the Question of God.

Immanuel Kant (1724-1804) is one of the most influential philosophers in the history of Western philosophy. His contributions have had a profound impact on almost every philosophical movement that followed him.

Kant's teachings on religion were unorthodox in that they were based on rationality rather than revelation. Though logically proving God's existence might be impossible, it is morally reasonable to "act as if there be a God." His strictly rational approach was considered so scandalous that the King of Prussia forbid him to teach or write further on religious subjects, which Kant obeyed until the king's death.

A work of major importance in the history of Western religious thought, Religion Within the Limits of Reason Alone represents a great philosopher's attempt to spell out the form and content of a type of religion grounded in moral reason and meeting the needs of an ethical life.

Critique of Judgement
RM46.00
Notify Me

Prolegomena to Any Future Metaphysics 2nd Edition
RM87.00
Notify Me

Fundamental Principles of the Metaphysics of Morals
RM30.00
Notify Me