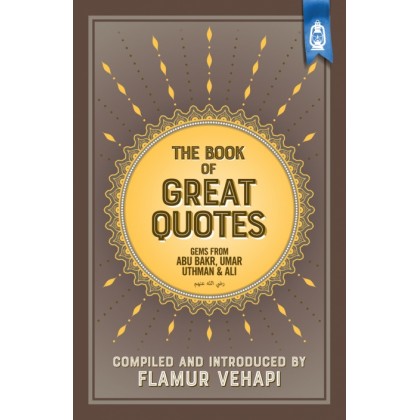 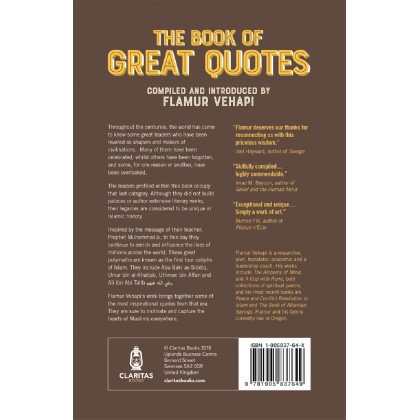 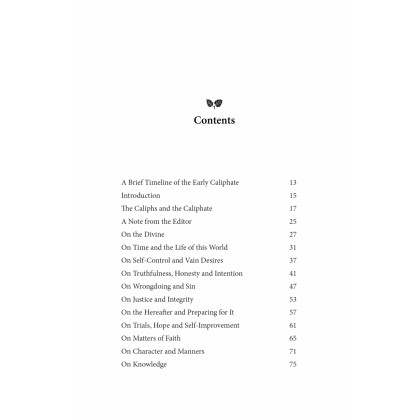 Throughout the centuries, the world has come to know some great leaders who have been revered as shapers and makers of civilisation. Many of them have been celebrated, whilst others have been forgotten, and some, for one reason or another, have been overlooked.

The leaders profiled within this book occupy that last category. Although they did not build palaces or auhtor extensive literary works, their legacies are considered to be unique in islamic history.

Inspired by the message of their teacher, Prophet Muhammad (s), to this day they continue to enrich and influence the lives of millions across the world. These great polymaths are known as the first four caliphs of Islam. They include Abu Bakr As-Siddiq, Umar bin Al-Khattab, Uthman bin Affan and Ali ibn Abi Talib (ra).

Flamur Vehapi's work brings together some of the most inspirational quotes from that era. They are sure to motivate and capture the hearts of Muslims everywhere.

Flamur Vehapi is a researcher, poet, literary translator, academic and a leadership and success coach. He received his A.A. and B.S. in psychology with a minor in history, and in 2013, he received his M.A. from Portland State University in Conflict Resolution. Currently, he is a PhD candidate at Pacific University for Education and Leadership. Flamur taught social sciences at Rogue Community College and Southern Oregon University, and more recently he taught at various institutions in the Middle East. His works include The Alchemy of Mind and A Cup with Rumi, both collections of spiritual poems, and his most recent books are Peace and Conflict Resolution in Islam, and The Book of Albanian Sayings. Flamur and his family currently live in Oregon, USA.