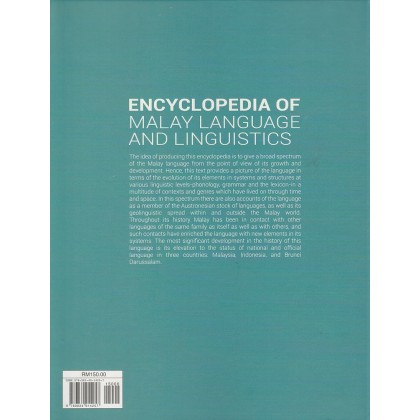 The idea of producing this encyclopedia is to give a broad spectrum of the Malay language from the point of view of its growth and development. Hence, this text provides a picture of the language in terms of the evolution of its elements in systems and structures at various linguistic levels-phonology, grammar and lexicon-in a multitude of contexts and genres which have lived on through time and space. In this spectrum there are also accounts of the language as a member of the Austronesian stock of languages, as well as its geolinguistic spread within and outside the Malay world. Throughout its history Malay has been in contact with other languages of the same family as itself as well as with others, and such contacts have enriched the language with new elements in its systems. The most significant development in the history of this language is its elevation to the status of national and official language in three countries: Malaysia, Indonesia, and Brunei Darussalam.