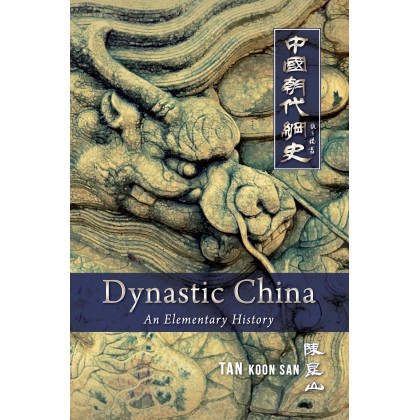 Dynastic China: An Elementary History surveys four millennia of China’s history. It traced commentaries from the mythological period of Pangu, creator of the Chinese universe, and the Goddess Nuwa, creator of the Chinese people, through to the legendary periods of the Xia, Shang and Zhou dynasties to subsequent succeeding dynasties from the Qin Dynasty (221 BC) to the end of the Qing Dynasty (1912 AD).

It weaved through brutal political intrigues and conspiracies of China’s imperial existence. The persistent enthronement of child emperors for the benefits of power-hungry eunuchs, dowagers, members of the imperial clans, generals and warlords formed a large part of the narrative. Encrypted within are salient elements of Chinese philosophical precepts, civilization values, and political ideals. The core concepts that mould the idea of tian xia 天 下 (all under heaven) and tian ming 天 命 (Mandate of Heaven), and how these guided Chinese perception of their world are painstakingly explained.

The profound influence of Confucianism and the functional adoption of the Legalist framework in statecraft are imparted in the context of practicality and idealism. So too is the complementary notion of natural dualities, the Yin-Yang (阴 阳) harmony of contradictions. How these filtered through from philosophy to cultural values are deftly introduced.

Imperial obsessions with frontier threats are also incisively presented. So are the diplomatic statecraft of matrimonial kinship, tributary exchanges and military engagements adopted to conduct relations. China’s perception of people in the frontier region are insightful described. The application of the Chinese character yi 夷 to refer to them, it seems, carries a more gracious nuance to mean “of a distinct or different nature” and not the offensive attribution of ‘barbarian’ as made out in western notion. This and many more distinctions in discernment of the Chinese mindset are perceptively elucidated in the book.