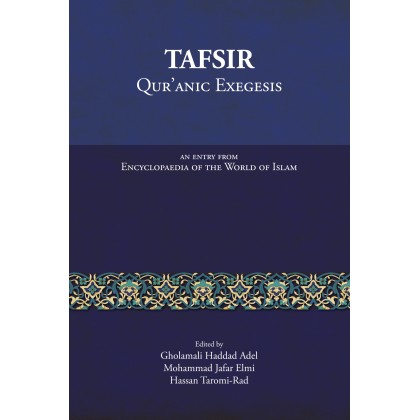 Tafsir: Qur’anic Exegesis (An Entry from Encyclopaedia of the World of Islam) - Softcover

Generation after generation of Muslim scholars have endeavoured to uncover the implications of the Qur’anic text through the science of Qur’anic exegesis (tafsir).

This books is part of a series of translations from the Encyclopaedia of the World of Islam (EWI) which was originally compiled in Persian. Other entries from this encyclopaedia which are available in English include Hadith, Hawza-yi ‘Ilmuyya, History and Historiography, Muslim Organisations, Political Parties, Qur’anic Exegeses, and Sufism.