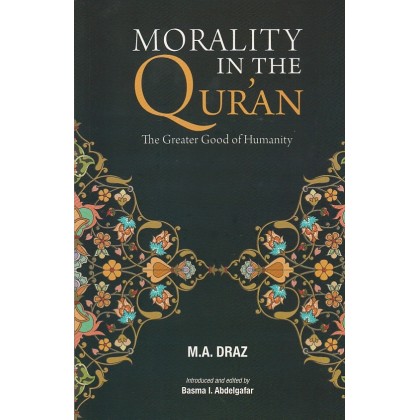 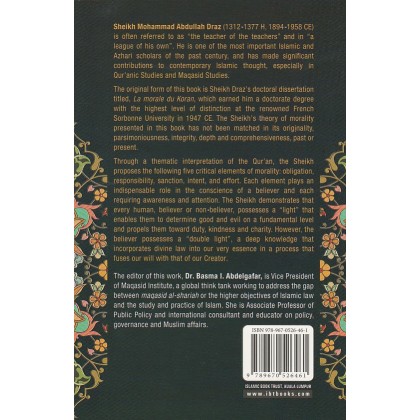 RM31.50 RM35.00
Morality in the Qurán: The Greater Good of Humanity
Notify Me

Morality in the Qurán: The Greater Good of Humanity - Softcover

Sheikh Mohammad Abdullah Draz (1312-1377 H, 1894-1958 CE) is often referred to as “the teacher of the teachers” and in “a league of his own”. He is one of the most important Islamic and Azhari scholars of the past century, and has made significant contributions to contemporary Islamic thought, especially in Qur’anic Studies and Maqasid Studies.

The original form of this book is Sheikh Draz’s doctoral dissertation titled, La morale du Koran, which earned him a doctorate degree with the highest level of distinction at the renowned French Sorbonne University in 1947 CE. The Sheikh’s theory of morality presented in this book has not been matched in its originality, parsimoniousness, integrity, depth and comprehensiveness, past or present.

Through a thematic interpretation of the Qur’an, the Sheikh proposes the following five critical elements of morality: obligation, responsibility, sanction, intent, and effort. Each element plays an indispensable role in the conscience of a believer and each requiring awareness and attention. The Sheikh demonstrates that every human, believer or non-believer, possesses a “light” that enables them to determine good and evil on a fundamental level and propels them toward duty, kindness and charity. However, the believer possesses a “double light”, a deep knowledge that incorporates divine law into our very essence in a process that fuses our will with that of our Creator.