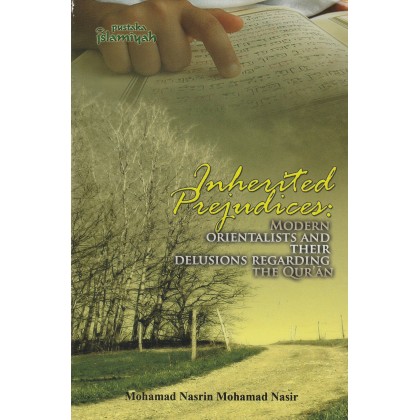 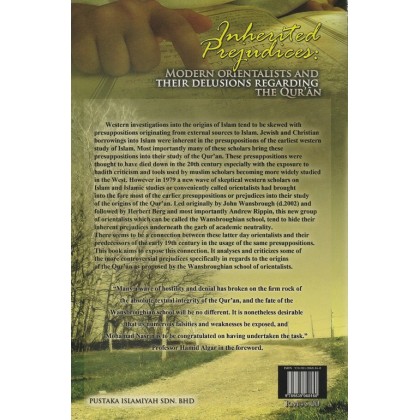 RM45.00
Inherited Prejudices: Modern Orientalists and their Delusions Regarding the Qur'an
Notify Me

Inherited Prejudices: Modern Orientalists and their Delusions Regarding the Qur'an - Softcover

scholars becoming more widely studied in the west. However in 1979 a new wave of skeptical western scholars on Islam and islamic studies or conveniently called orientalists had brought into the fore most of the ealier presuppositions or prejudices into their study of the origins of the Qur'an. Led originally by John

Wansbrough (d.2002) and followed by Herbert Berg and most importantly Andrew Rippin, these new group of orientslists which can be called the wansbroughian school, tend to hide their inherent prejudices underneath the gard of academic neutrality.

There seems to be a connection between these later day orientalists and their predecessors of the early 19th century in the usage of the same presuppositions. This book aims to expose these connection in analyses and criticizes some of the more controversial prejudices, specifically in regards to the origins of the Qur'an as proposed by the wansbroughian school of orientalists.