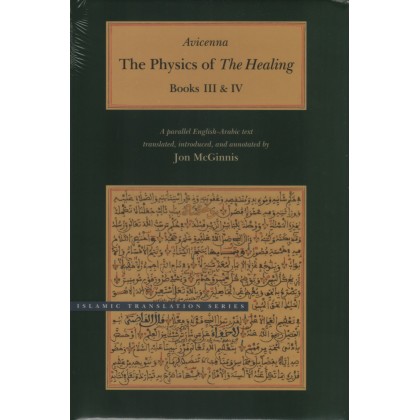 RM450.00
The Physics of The Healing : A Parallel English - Arabic Text in Two Volumes

The Physics of The Healing : A Parallel English - Arabic Text in Two Volumes - Hardcover

Avicenna’s Physics is the very first volume that he wrote when he began his monumental encyclopedia of science and philosophy, TheHealing. Avicenna’s reasons for beginning with Physics are numerous: it offers up the principles needed to understand such special natural sciences as psychology; it sets up many of the problems that take center stage in his Metaphysics; and it provides concrete examples of many of the abstract analytical tools that he would develop later in Logic.

While Avicenna’s Physics roughly follows the thought of Aristotle’s Physics, with its emphasis on natural causes, the nature of motion, and the conditions necessary for motion, the work is hardly derivative. It represents arguably the most brilliant mind of late antiquity grappling with and rethinking the entire tradition of natural philosophy inherited from the Greeks as well as the physical thought of Muslim speculative theologians. As such, Physics is essential reading for anyone interested in understanding Avicenna’s complete philosophical system, the history of science, or the history of ideas.

The Metaphysics of The Healing
RM348.00