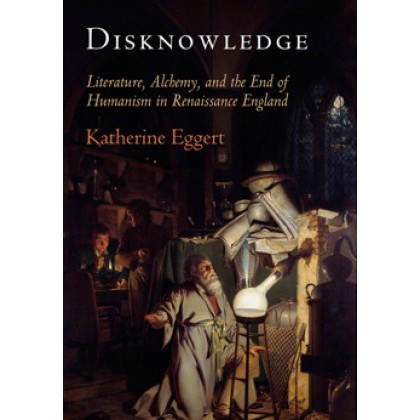 RM70.00
Disknowledge: Literature, Alchemy, and the End of Humanism in Renaissance England

Disknowledge: Literature, Alchemy, and the End of Humanism in Renaissance England - Cloth Hardbound

"Disknowledge": knowing something isn't true, but believing it anyway. In Disknowledge: Literature, Alchemy, and the End of Humanism in Renaissance England, Katherine Eggert explores the crumbling state of learning in the sixteenth and seventeenth centuries. Even as the shortcomings of Renaissance humanism became plain to see, many intellectuals of the age had little choice but to treat their familiar knowledge systems as though they still held. Humanism thus came to share the status of alchemy: a way of thinking simultaneously productive and suspect, reasonable and wrongheaded.

Covering a wide range of authors and topics, Disknowledge is the first book to analyze how English Renaissance literature employed alchemy to probe the nature and limits of learning. The concept of disknowledge-willfully adhering to something we know is wrong-resonates across literary and cultural studies as an urgent issue of our own era.