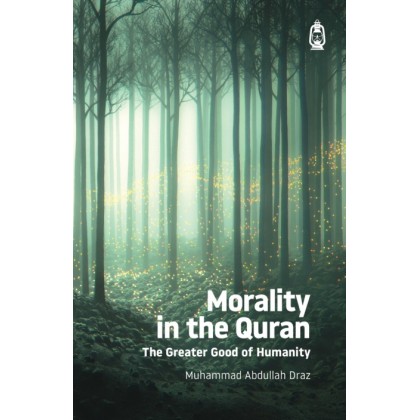 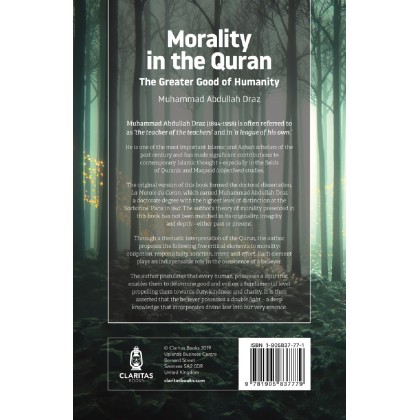 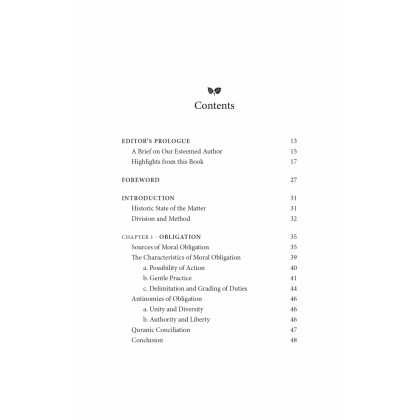 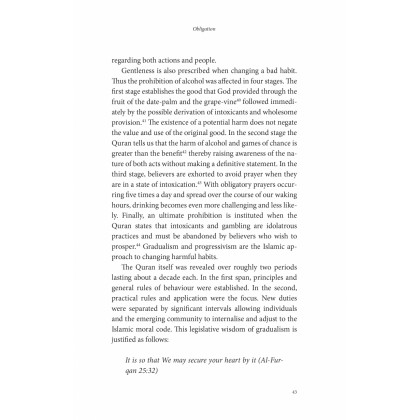 Morality in the Quran: The Greater Good of Humanity - Softcover

Muhammad Abdullah Draz (1894-1958) is often referred to as ‘the teacher of the teachers’ and in ‘a league of his own.’ He is one of the most important Islamic and Azhari scholars of the past century and has made significant contributions to contemporary Islamic thought – especially in the fields of Quranic and Maqasid (objectives) studies.

The original version of this book formed the doctoral dissertation, La Morale du Coran, which earned Muhammad Abdullah Draz a doctorate degree with the highest level of distinction at the Sorbonne, Paris in 1947. The author’s theory of morality presented in this book has not been matched in its originality, integrity and depth – either past or present.

Through a thematic interpretation of the Quran, the author proposes the following five critical elements to morality: obligation, responsibility, sanction, intent and effort. Each element plays an indispensable role in the conscience of a believer. The author postulates that every human, possesses a light that enables them to determine good and evil on a fundamental level propelling them towards duty, kindness and charity. It is then asserted that the believer possesses a double light – a deep knowledge that incorporates divine law into our very essence.

Muhammad Abdallah Draz was born in Egypt in 1894. He completed his religious education in Alexandria at an affiliate of Al-Azhar University. Thereafter he took up training in French to enable him to engage more fully with Egypt’s independence movement from Great Britain. During the popular uprising of 1919, Draz along with a number of other young men used their communication skills with foreign embassies in the hope of convincing them to pressure Great Britain to concede to the country’s demand for independence. He also used his command of French to raise awareness about the true nature of Islam.