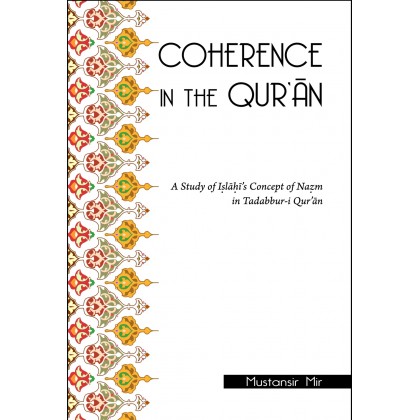 Coherence in the Qur’an: A Study of Islahi’s concept of Nazm in Tadabbur-I Qur’an - Softcover

A widely held view about the Qur’an is that in its received form, it lacks coherence. Most approaches to the Qur’an have remained atomistic in character. Some Western scholars even tried to rearrange the Qur’an to make it ‘more comprehensible’. Muslim scholar Amin Ahsan Islahi however rejects this view that Qur’an is disjoined, and argues that the Qur’an possesses nazm or coherence, which is both aesthetically pleasing and carried profound hermeneutical significance. This is the first detailed study of Islahi’s contribution to Qur’anic exegesis, and tries to assess his theory of Qur’anic coherence as reflected in his tafsir Tadabbur-i Qur’an.